Alicia Di Rado is the winner of the August ‘Where in the Conejo’ photo contest! A hairstreak butterfly, a bee assassin and a captive honeybee share a buckwheat bloom.

The August 1 “Where in the Conejo” contest photo featured a hairstreak butterfly feeding on buckwheat flowers while a bee assassin captured a honeybee. Of the correct entrants, Alicia Di Rado was selected at random as the winner of a $25 gift certificate. Congratulations, Alicia, and thanks to all who entered!

Although it may appear that the three insects’ activities are related, it’s unlikely the gray hairstreak butterfly is aware of the lurking bee assassin. The hairstreak is in the family of small gossamer-winged butterflies, which also includes the marine blue—one of the possible answers offered.

The bee assassin is an ambush hunter and will hide in flowers—in this case, native buckwheat—waiting for a bee to arrive. The bee assassin’s sticky foreleg hairs trap the bee as it lands. While it looks somewhat similar to a skunk beetle (aka stink bug), bee assassins can fly and skunk beetles, which are scavengers and not predators, can’t.

The bee assassin uses its mouthparts, called a beak, to first inject saliva and then suck the liquified innards out of its unlucky victim. Experts think it is unlikely that there are enough bee assassins to have a significant impact on honeybee populations. Bee assassins may bite humans defensively if they are handled roughly. 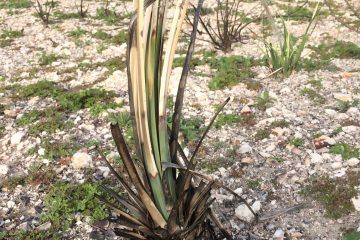 Where in the Conejo Contest for October 1, 2022

You could win $25 if you can you identify the phenomenon shown in the photo! The correct answer is provided below along with 3 that are not. To be entered in the drawing to win, you must Read more… 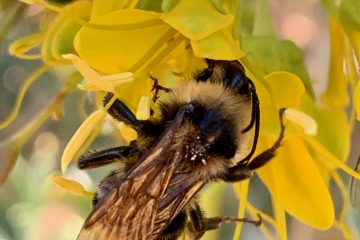 This free educational event with dozens of eco-related exhibitors will have lots of fun activities for the kids! Hosted by the Conejo Open Space Foundation on Saturday October 1, it will take place in Thousand Read more… 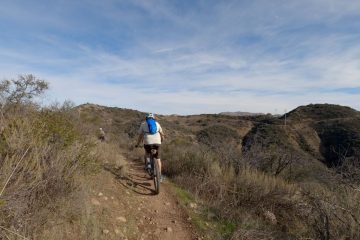 Sticky Where in the Conejo

Congratulations Maryann Thomas for winning the September ‘Where in the Conejo’ photo contest!

The September 1 Where in the Conejo contest photo was of the Triunfo Canyon Trail. Of the correct entrants, Maryann was selected at random as the winner of a $25 gift certificate. Congratulations and thanks Read more…